The UK is currently in a national lockdown and the vast majority of employees are working from home. We realised that as an agent role is predominantly sedentary, improving movement was important.

Movement, whether that be walking, cycling, or cardio exercise offers a multitude of benefits including sleep improvement, stress management, reduced joint or back pain and better mental health. We noticed that because employees no longer had to commute, that their movement was reduced further and was having a detrimental effect on their productivity, mood and wellbeing.

Health advocates put their heads together to create an initiative that would incentivise employees to move more. Move it March: asked employees to join teams of up to five and track their mileage. We asked people to do a simple task – move more: whether that be walking on their lunch break or jumping on a bike after work. Director Kev Hutchinson decided to make things a little competitive by offering a £250 prize for the winning team. Participants had to submit screenshots of their fitness app or watch to prove their mileage

As March continued, participants continued to share images and evidence of their movement on a designated move it march WhatsApp group. They also created their own team chat’s where they praised and encouraged each other to move more. Many employees have shared that they are shocked about how little they were moving and now are excited to share their step count! One employee even walked home (it took her two and a half hours). She challenged herself to follow her bus route home and set mini-challenges to walk to each stop and eventually all the way home.

Jackie (Agent): Mint walk sinead! My little bump wakes me up 5:30am every morning without fail (as well as every hour through the night) so I’ve started making use of the early mornings and taking myself out, hated walking previously but since I’ve started this I can’t believe the benefits I’ve been missing out on! Feel 10X better in myself mentally and physically! I’m getting further and further every day! What a great idea it’s been!

Paul (Finance Controller): Got myself a bit of a routine and a route going on. Loving it. I’ve noticed that as I’ve progressed from a slow walk to a mild waddle (run would be pushing it) the number of steps required to do the same route has dropped, I can only think it’s a longer stride

Anonymous: Before move it March I was struggling with my motivation, mental health and depression, it gave me a reason to do something and I feel great for it 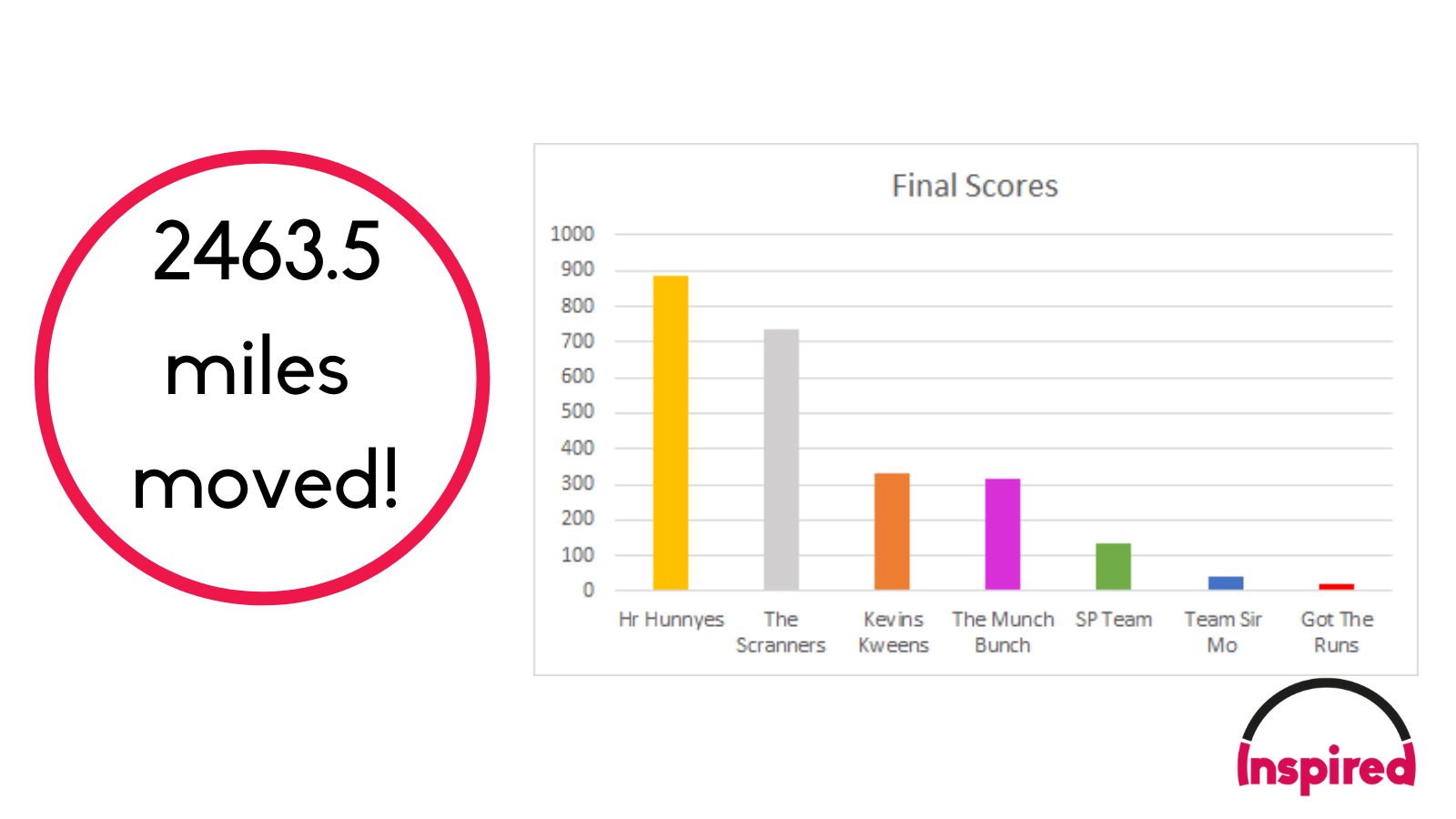